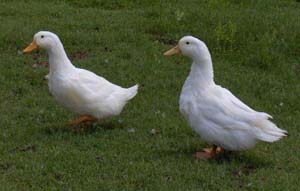 By far, the most popular duck for the meat producer, these ducks are fast growing with a good feed conversion.
Available starting in April, these little ducklings are often portrayed as those adorable little Easter ducklings. 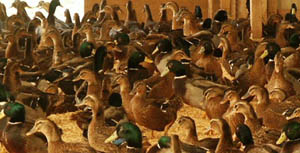 Originating from France, Rouen ducks are remarkably similar in looks to the more popular Mallard. One significant difference however, is that the Rouen is said to have the most flavorful meat.  As layers they are moderate, often producing eggs that are greenish in color. 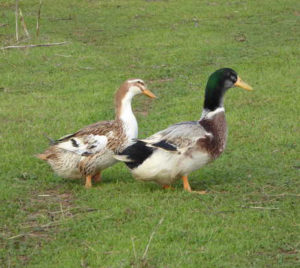 The Silver Appleyard breed was developed by Reginald Appleyard of England in the 1930’s. Among the heavy weight ducks, Silver Appleyards and the Saxony are considered the most active foragers. Some claim that the Appleyards have the most flavorful meat of the ducks and they can often hatch and raise their own ducklings. They are reputedly the best egg layers among the heavy weight ducks. 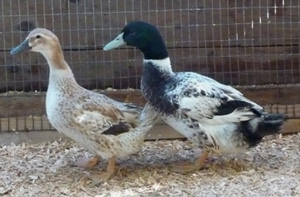 The Welsh Harlequin is a fairly new breed, developed by Leslie Bonnett in Wales from two off-colored Khaki Campbell ducklings in 1949. They came to the United States in 1968 and were accepted into the American Poultry Association in 2001 in the Light Duck class. They are becoming a very popular breed due to their multipurpose characteristics. They are calm, inquisitive and excellent foragers and are popular as they are so calm.

White Danish Geese are ideal for meat production due to their large size and rapid growth. Its white feathers make it more eye appealing when dressed, and the feathers are great for pillows. The White Danish goose can reach weights of up to 25 lbs live at maturity. 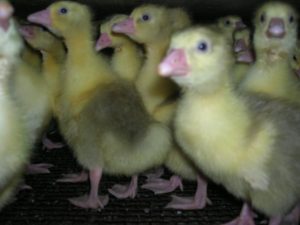 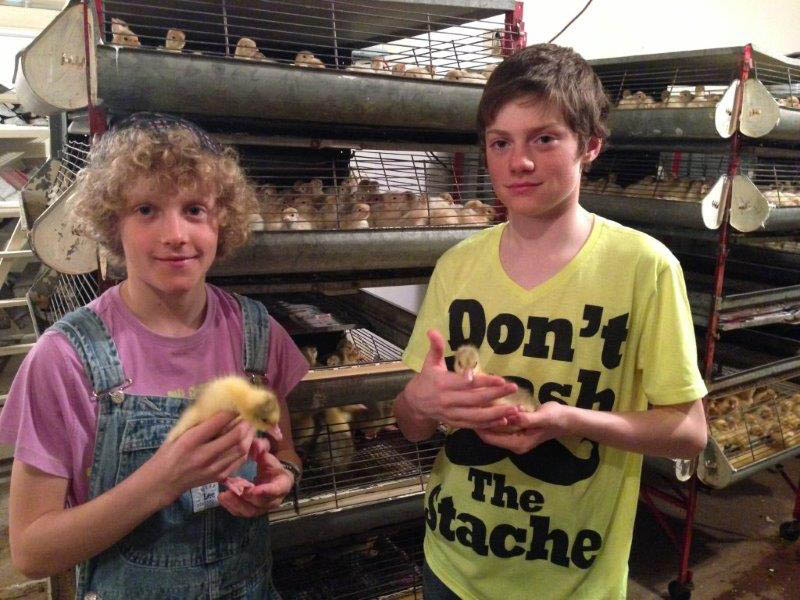