In 1953, Rudolph Berg set up a turkey breeder flock and bought a small wooden incubator (800 eggs) and set it up in the family living room. This was very typical of pioneer hatchery men, to start in the house or garage. (Today that same incubator is on display in the reception area at the Hatchery). Rudolph decided to expand and bought a Leahy machine from Missouri. It was brought to him by train with freight of $35.00 and this was set up in a little shed out in the farm yard.

In 1958, the Berg’s built what they called the small hatchery that was set up on the family farm north of Russell. Additional machines were added to increase the capacity to 15,000 eggs. From there the hatchery operation continued to grow with more expansion in 1960. In 1968, Rudolph and his son, Earl, purchased the hatchery east of Russell on Highway 45 known as Kinney Hatchery. The hatchery had a capacity of 30,000 eggs. In 1972-73, most towns had a hatchery. In 1974, Betty Berg bought out Rudolph and it became a husband and wife operation. The hatchery kept expanding and by 1975 they raised their capacity to 200,000 eggs. 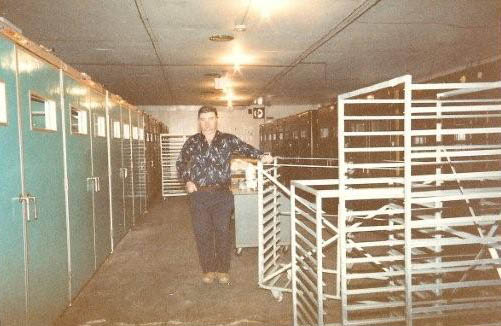 Earl and Betty like to think of Rudolph as the founder of their hatchery business. Rudolph never pretended to be much of a business man, but he was pretty sharp when it came to making a business deal. Whenever he was asked about errors found in the hatchery reports to Ag Canada, he would say…”I’m not much for figures” and walk away to another room (usually rolling a cigarette). When confronted on the phone he would say…”I can’t hear,” and turn the phone over to someone else, but when it came to making a deal with a feed company, his record will be hard to match.

During the 70’s and 80’s, Earl and Betty had many breeder flocks for the hatchery that included ducks, geese, grey lines, turkeys and broiler breeders along with operating a grain farm. There are many memories of family and friends picking eggs at the barns and having the chickens pick at your hands or being chased across the yard by a goose.

Through out the years there were many breeder flocks placed by local farmers to supply eggs to the hatchery. Danny Vinnel, Robert Muir, Scott Davidson, Gordon Trakalo, Dean Berg, John Derkatch, Len Derkatch, Gabe Laroque, Richard Faford, Walter Kurtenbach, Ditar Swanke, and Cameron Hutchinson (still a producer today) were all producers for different breeds needed for the hatchery through out the 70’s-80’s & 90’s for us. If you go upstairs at the hatchery you will see the names of the many staff that worked during the spring to make cardboard boxes for the chicks sold; 25 years of teenagers names marked on the wall.

By 1976, the family owned business had 6 stores in western Manitoba and eastern Saskatchewan to serve their expanding customer base as well as expanding the hatchery to include a separate hatch area. In 1982 the company added the Swan River store and bought Brade’s Hatchery in Roblin. New Robbins incubators were bought in Greeley, Colorado in 1984 to replace all existing Red Wood incubators. In the late 1990’s there were approx 15 agents and stores in Manitoba and Saskatchewan as well as expanding into Ontario.

A 6,500 broiler breeder farm was built in 1994, east of the hatchery, in the RM of Russell, to produce broiler hatching eggs for the hatchery. This is the home of Kevin (grandson of Rudolph) and Connie and their two children, Missy and Vincent.

In 1996 Kevin and Connie purchased the hatchery. As times changed and there were fewer farmers, the outlook of the hatchery had to change, so they expanded the hatchery sales area and closed the stores; using agents instead of owned stores. Now there is well over 35 agents across Manitoba, Saskatchewan, and Ontario selling Berg’s chicks, with many chicks being shipped through mail or flights to all over Canada.

In 2008 the Robbin’s machines were all replaced by new machines in order to better serve the customer’s growing needs with a capacity of over 250,000 eggs. 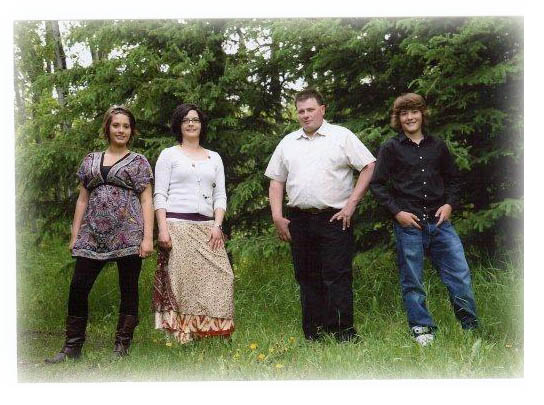